Teaching & learning Torah as it was given

This week we celebrate Shavuot when the Jewish people received the Torah. But while we often focus on what was given, equally important was how it was given.

In the days prior to the giving of the Torah there was an air of excitement. The people knew that something special was about to happen and they prepared themselves accordingly. All eyes and ears were affixed on the Mountain, and when the people finally heard the word of G-d each individual felt that they were being spoken to directly.

The giving of the Torah was a moment of unforgettable intellectual and emotional inspiration when the people, through hearing the word of G-d, connected with a deep part of themselves, and ever since then, the Jewish people have been enjoined to teach and learn Torah in the way that it was given – with drama and excitement, with heart and mind, and with the clear objective of engaging every learning on their level. 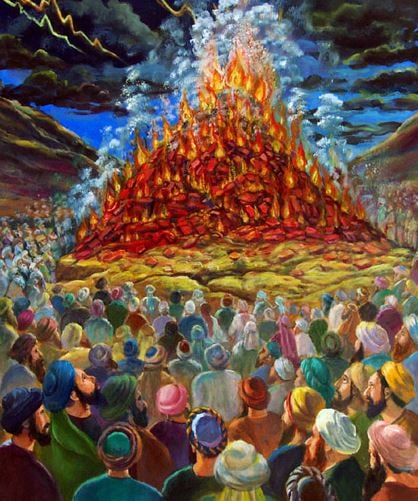 Though some Torah teachers have succeeded in this endeavour, regrettably many have not, and this has often been due to the limited tools at their disposal. Despite wanting to replicate the energy of the giving of the Torah, the Jewish Studies classroom has often lacked the necessary digital resources to capture the imagination of its learners. This has either led to lacklustre Judaic Studies classes, or in other instances, it has led to exhausted Torah teachers who have expended all their spare time to create the resources that they need from scratch.

Jewish Interactive (Ji) believes that the best way to enhance Jewish education worldwide is by creating those desperately needed tools to assist teachers and engage learners, and as someone who has taught for many years, I am inspired by the work of Ji and proud to play a part in creating some of these incredible products.

Ji is changing the landscape of Jewish education. We are bringing energy back into the classroom, we are making sure that learners are stimulated not only by what they learn but also how they learn, and we are empowering teachers so they can focus their attention back onto their students. Simply put, Ji is making sure that Torah is taught and learnt in the way that it was given!

Your free downloadable e-Book to learning about Shavuot!